skip to main | skip to sidebar

‘What information is available about the mysterious game Edward Lasker v
Capablanca, Berlin, 1911? The final moves of this “unknown” game (a
draw, but Capablanca could have won) were given by Edward Lasker in
his book Chess Secrets I Learned from the Masters (page 131) and were
also discussed in the 8/1995 New In Chess (page 82). It is absent from the
various collections of Capablanca’s games, but has the complete score
ever been published?’

The position given in Lasker’s book is as follows: 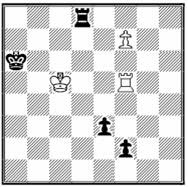 Had this drawing motif already occurred before 1911?

Lasker wrote in his book that Capablanca
‘thrilled me by his very gracious consent to
play an individual game with me’, but did not
indicate the rate of play. We have found
nothing about their meeting in such contemporary magazines as the Deutsche
Schachzeitung and Deutsches Wochenschach.

Javier Asturiano Molina points out that a slightly different
version of this episode was related by Pachman on pages 85-
87 of his book Ajedrez y Comunismo (Barcelona, 1974), i.e.
the Spanish version of Jetzt kann ich sprechen (Düsseldorf,
1973):

‘The clock indicated that there were still two minutes
until the time-limit. In fact, that was the margin that I
had intended for executing the ten remaining moves. I
made the move that I had thought of one hour
previously. Doda quickly returned to the board and,
after thinking briefly, took my pawn. With feigned
alarm, I looked at the clock and, at the speed of light, I
put another pawn before his nose. He shook his head,
glanced at my clock and took the pawn. He certainly
thought that I was lost and that, on account of Zeitnot,
I had lost all control and would sacrifice one piece
after another. With stunning speed, yet another
sacrifice. This time Doda suspected something; he put
his head in his hands and thought intensely. But it was
already too late. (...) With blow after blow I was
cornering the black king. Barely two minutes had
sufficed to carry out the devastating attack. Shortly
before the time-control, my opponent resigned.’

Javier Asturiano Molina points out two works which were not
included in our items on books about Kasparov and Karpov
(C.N.s 2751, 2824 and 2825): 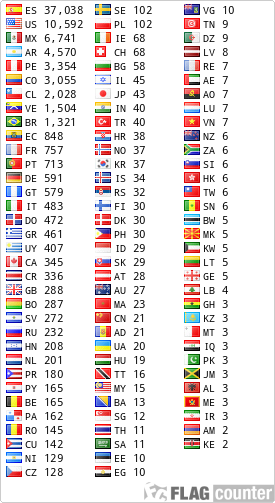